Firmware v1.20 released today adds Roon Ready support to the KANN ALPHA. Being Roon Ready means that supported Astell&Kern players transparently discover and connect to Roon without any configuration, and bit-perfect audio is delivered from Roon to the player.

KANN ALPHA joins a growing list of Astell&Kern players and accessories to be certified Roon Ready/Roon Tested. Additional devices will be announced at a later date. 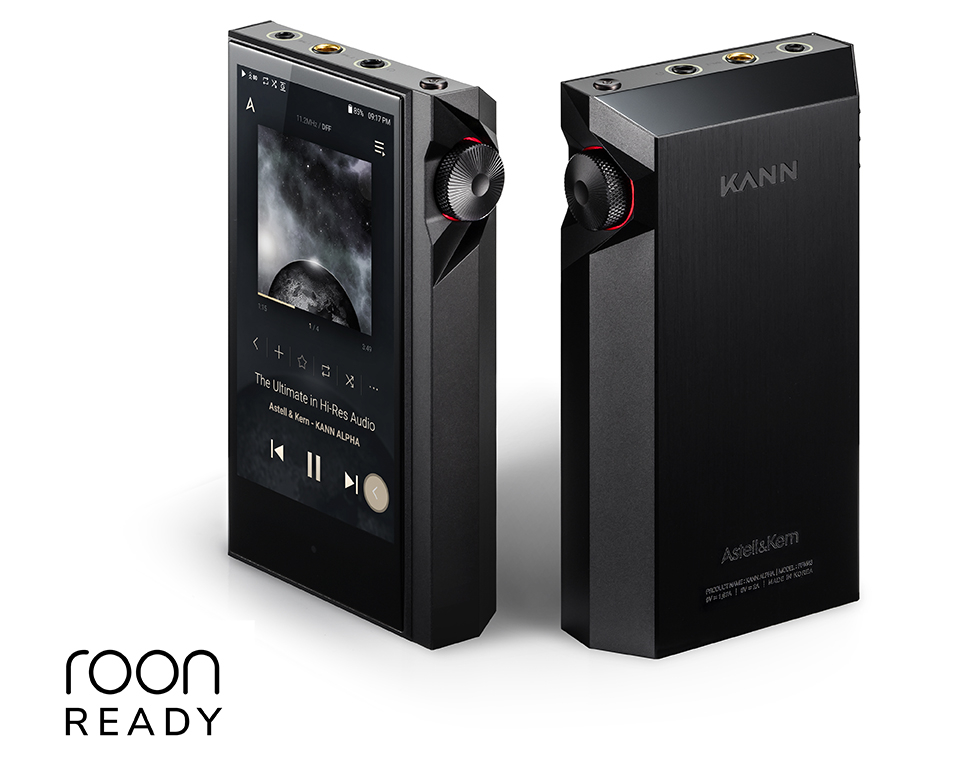 The KANN series of portable high-resolution audio players are equipped with a more powerful, built-in headphone amplifier, which allows KANN players to drive any headphone, including high-impedance headphones, without the need for a separate amplifier. Users can select between low, mid and high gain modes to provide the precise output required to drive your particular headphones. Output on KANN ALPHA via the 2.5mm or 4.4mm balanced out is 12Vrms.

Two (2) ESS ES9068AS DACs are arranged in a dual-mono configuration, providing a wider soundstage and better stereo separation. MQA hardware rendering is built into the ES9068AS DACs and support MQA 8x rendering. The listener can also further customize their sound by choosing from a variety of DAC filters provided by the DAC manufacturer.

With the latest quad-core processor, the user playback experience is fluid throughout navigating menu options and playing back your favorite music tracks. Other features include 3.5mm unbalanced, 2.5mm and 4.4mm balanced headphone outputs, a 5.0-inch HD touchscreen, 64GB of internal memory with support for microSD cards up to 1TB, Wi-Fi, DLNA networking, USB digital audio output, USB-C for data transfer and fast-charge support, and the ability to use KANN ALPHA as a USB DAC for your Mac or Windows-based PC.

KANN ALPHA is available now from authorized Astell&Kern dealers in the US/Canada for $1,099. 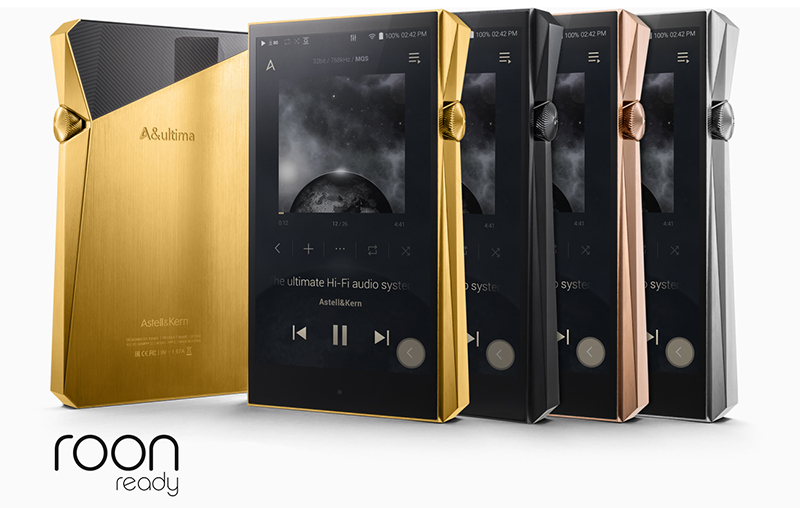 The SP2000 is the current flagship portable player from the Astell&Kern A&ultima line that integrates the latest Asahi Kasei DACs, the AKM AK4499EQ. The SP2000 features two AK4499EQ DACs, arranged in a dual-mono configuration to provide a wider soundstage and better stereo separation. The SP2000 was the first Astell&Kern player to use separate, independent audio channels between the Unbalanced and Balanced outputs. This design offers much more power than ever before, with 6Vrms for Balanced output and 3Vrms for Unbalanced output and offers the ultimate audio experience as Astell&Kern’s current flagship player.

The SP2000 supports up to 32-bit/768KHz bit-to-bit playback of high resolution PCM audio and native playback of DSD up to DSD512. It also features an Octa-Core CPU, a 5-inch touchscreen, 512GB of internal memory (double of previous Astell&Kern players), MQA support, microSD card slot supporting up to 1TB microSD cards and dual-band Wi-Fi with a stereo antenna, for improved network performance when streaming music. The A&ultima SP2000 is available in Stainless Steel and Copper bodies with a unique crown pattern volume/power wheel.

The A&ultima SP2000 is available now for $3,499 at authorized Astell&Kern dealers in the US/Canada. 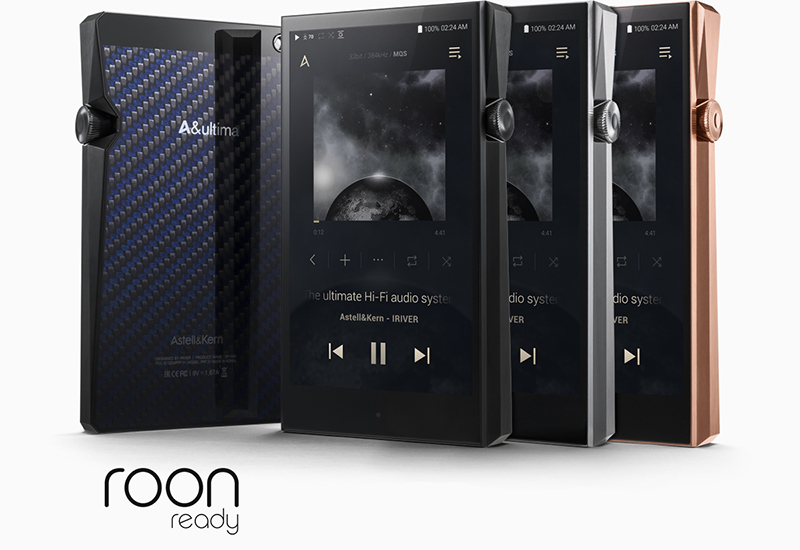 The SP1000 is the first player in the Astell&Kern A&ultima line that integrates the popular Asahi Kasei AKM AK4497EQ DACs. The SP1000 features two AKM DACs, arranged in a dual-mono configuration to provide a wider soundstage and better stereo separation.

The SP1000 supports up to 32-bit/384KHz bit-to-bit playback of high resolution PCM audio and native playback of DSD up to DSD256. It also features an Octa-Core CPU, a 5-inch touchscreen, 256GB of internal memory, MQA support, and a microSD card slot supporting up to 1TB microSD cards and Wi-Fi.

The A&ultima SP1000 is available in limited quantities from select authorized Astell&Kern dealers. 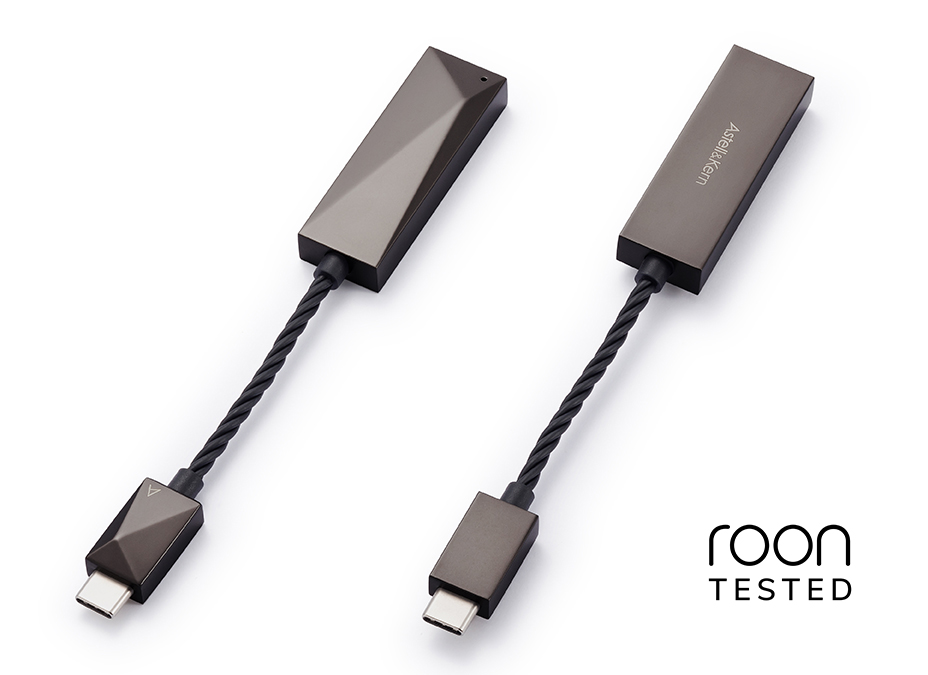 The Astell&Kern USB-C Dual DAC Cable features two Cirrus Logic CS43198 MasterHIFI™ DACs which supports native playback of high-res audio up to DSD256 and 32bit/384kHz PCM. The dual CS43198 DACs are paired with an independent analog amplifier, designed to provide true audio playback so you can feel the live, warm and clear sound as intended, without distortion. This is made possible based on years of Astell&Kern’s expertise in AMP design. Although it is a small and simple cable type external DAC, it is able to sufficiently drive high impedance headphones with a 2Vrms (Condition No Load) output level.

The Astell&Kern USB DAC cable features a USB-C connection, which can be found on the latest Android-based smartphones and Windows and Mac computers. Since the USB DAC Cable draws power from the playback device it is connected to, there is no need for a separate charger. The USB DAC Cable supports any headphone or earphone with a 3.5mm connector.

The cable used in the USB DAC is a custom-made, 4-core cable designed by Astell&Kern to provide the best sound possible and enhance durability. The cable is reinforced to withstand up to 200N of tensile force using aramid fiber.

The Astell&Kern USB DAC Cable is compatible with most Android-based smartphones and tablets, computers running Windows 10 and MacOS. iOS-based devices, such as iPhones and iPads are currently not supported.

More information on Roon support for other Astell&Kern player models will be announced at a later date.
Subscribe